Carnival in Tenerife in the Canary Islands is one of the most important events of the year. A riot of colour with music and dancing, the main carnival that takes place in the capital of Santa Cruz is rightly said to rival the world-famous Rio de Janeiro carnival.

The costumes and decorated floats create an incredible spectacle. The main events for Tenerife Carnival 2016 run from the 22 January until 14 February but other towns throughout the island have their events on different dates with some running until the end of the month.

The carnivals have different themes each year. In 2015 the theme was “the Future,” and this year’s Tenerife Carnival theme is “The 1980s.”

Carnival participants and the general public who attend the event dress up in fancy dress that reflects the theme.

For tourists who come to Tenerife, the carnival is something that should not be missed, and many people come to the island at this time of year to enjoy the celebrations. Visitors to Tenerife will find some hotels but self-catering apartments are also a popular form of short term accommodation. 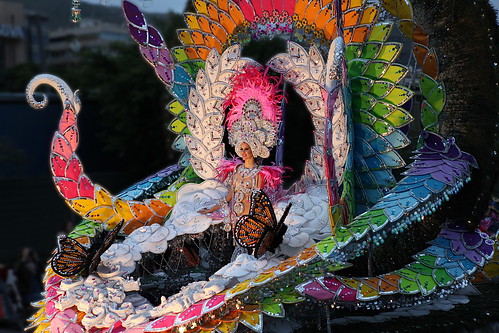 Every year a Carnival Queen is chosen at a special gala and this is a very important part of the celebrations, as well as a great honour for the woman that gets picked as the queen. Since 1984, there is also the selection of a Senior Carnival Queen, and Junior Carnival Queens are also being chosen with children’s themes for this event. 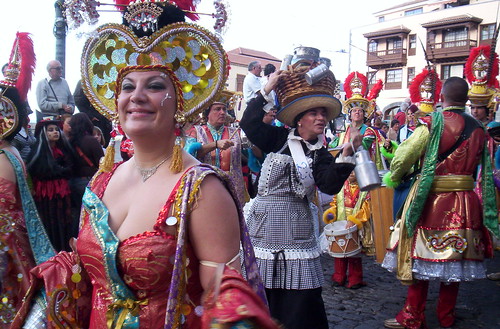 The carnival procession or parade is the main event and is witnessed by a huge crowd of people who come to watch it. This is when a long line of flamboyant floats and dancers in outrageous costumes take to the streets.

Burial of the Sardine

One of the events held towards the end of the Tenerife Carnival is known as the Burial of the Sardine. This is a Spanish tradition that takes place on Ash Wednesday and takes the form of another carnival parade but this time parodying a funeral procession in which everyone dresses as mourners in black clothes. 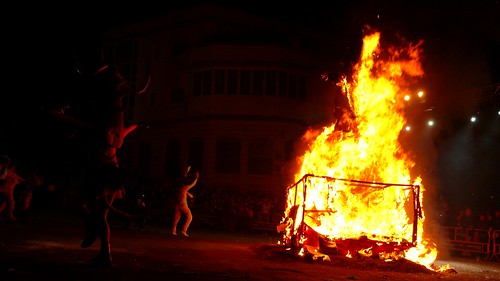 An enormous model sardine is carried through the streets and burned at the end of the ceremony. 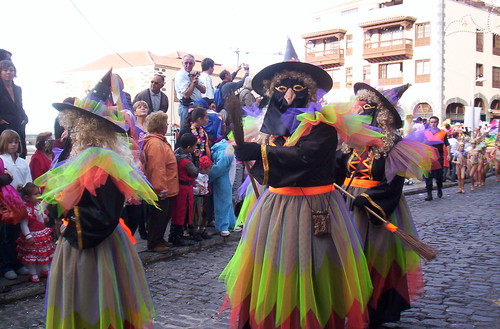 The resort of Puerto de la Cruz on the northwest coast of Tenerife hosts one of the other most impressive carnivals on the island, and the question must be asked: which Tenerife Carnival is the best?

Both carnivals have much to offer in the way of enjoyment so it can be difficult to choose a favourite. Puerto de la Cruz has a High Heels Marathon contest which is not held in Santa Cruz. It features men in drag and it has become a carnival event that simply has to be seen!